Nate went for his 15 month check up today even though he is actually 16 months old. He is now 30" tall, or 2'6" as the nurse put it and 24 pounds. I could have told you that he got taller because now he can reach things he couldn't reach before.

He got one shot, his first MMR shot, and in true Nate style did not cry but gave the nurse a dirty look.
Posted by Molly at 1:19 PM No comments:

Nate is on Sale in Aisle 5! 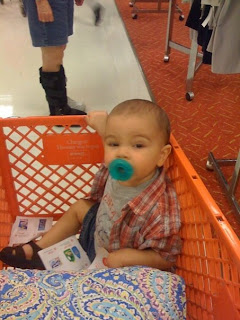 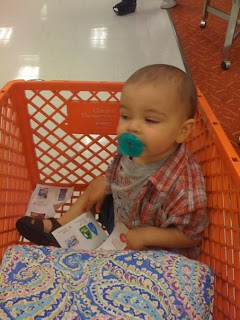 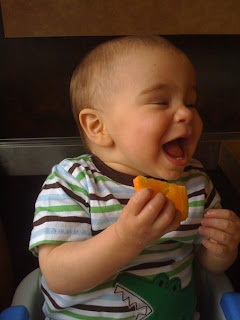 Nate really doesn't talk much. He is EXTREMELY verbal, but he doesn't actually used a lot of ... words. So it is kind of a big deal when he does use words, that I can understand, like he did yesterday.

Nate and I were reading a book when we came to the end. "All done" I said to him.

He picked up his cup, finished what was inside and held it up to me. "All done" he said.

"More?" I asked again, excited because, dude, this is our second conversation.

"More?" I asked for a third time because he actually just said a word more than once, something he NEVER does...

"Yeah" Nate replied. With a look on his face that said "woman, I just told you that two time now would you quit asking me if I want more and make with the juice!"
Posted by Molly at 5:04 PM 2 comments: