The birthday boy having this birthday breakfast ice cream.
Posted by Molly at 1:40 PM No comments: 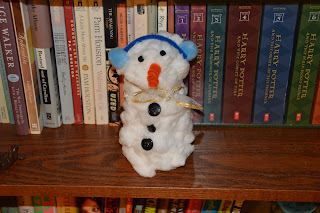 Nate made this cute little guy in school, an indoor snowman; which is fortunate, because although we have had some snow recently, it was not enough to make an outdoor snowman.
Posted by Molly at 8:59 AM No comments: 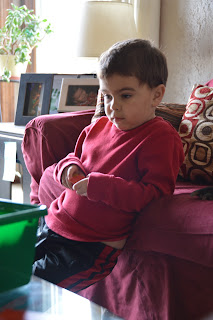 We took Nate bowling today for the first time.  He had a ball and actually did a little better without the ramp. 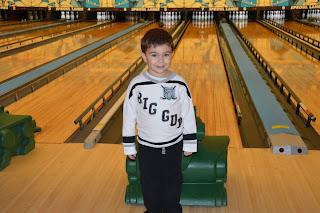 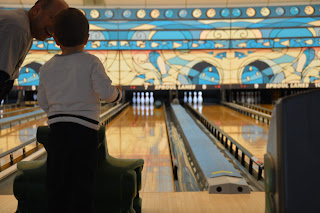 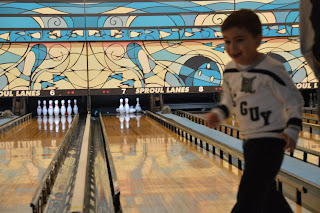 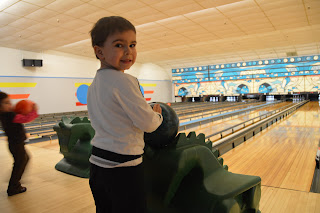 Nate LOVES Nemo.  He has a little one that he sleeps with and has called his best and favorite pet.  Jon found this giant Nemo online and bought it for Nate without telling him.  When it came I took it out of the box and hid it on his bed.  When Nate discovered the "Super Nemo" he went crazy! 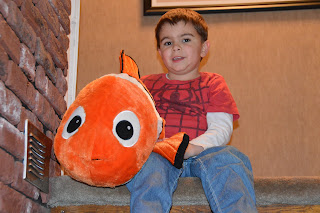 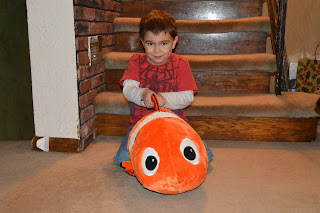 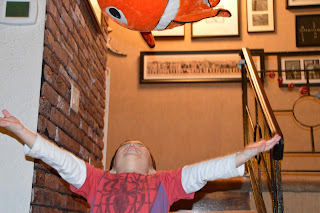 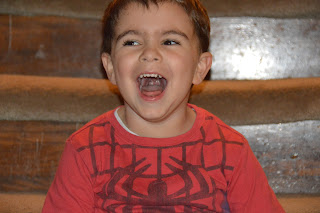 Nate was a binky baby.  It started in the NICU when he was born.  He was being fed by IV while I was pumping and storing milk for him.  He wanted to suck, so they gave him a binky.  He LOVED it, so we kept giving him them.  Most of the pictures we have of him from when he was a baby have a binky featured prominently.  When he was about 18 months old we decided that we would limit the binky to naps and bedtime and so we started to see more of Nate's face in pictures and he started to talk a whole lot more.

The binkies remained.  Nate was an active sucker and you could see his whole body relax when he had   his binky.  He didn't have them when he was awake, he didn't go out of the house with them, and quite frankly, getting rid of the binky was not that important to me.  I know that makes me a bad mother... I should care about his teeth, I should break bad habits while he is young, blah, blah, blah.  Every mother has her thing... this was mine.  I just didn't really care about getting rid of it.

As Nate got older he started calling with nummies instead of binkies.  When asked why, he would reply "because you put them in your mouth and you num on them: num, num, num..." it was freakin' adorable.  However, it was starting to bother me that he still had the nummy... still needed it to sleep... still sent the house into a panic when the precious nummy could not be found.  So, we, along with our dentist, set a deadline... 5.  The nummies would be gone by the time Nate turned 5.

I was planning on doing it on his birthday.  There would be so many other distractions, I thought that would be a good time.  However, last night I noticed that Nate had bitten a hole in the last nummy in the house.  I explained that he couldn't suck on it anymore because it would be unsafe.  He seemed ok with it and when I asked if I could cut the nummy in half he said ok.


Now I am just proud.  Proud that he is such a big boy, proud that he is secure enough to give up that security blanket, proud of how he is handling this transition.  Proud... and just a little tiny bit sad that he is  is growing up. 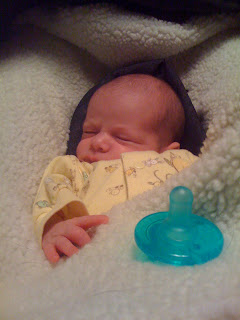 Nate at 9 days old with his nummy
Posted by Molly at 8:52 PM No comments: 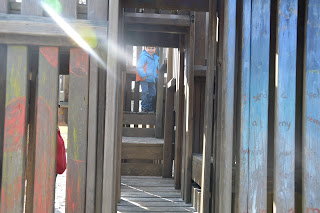 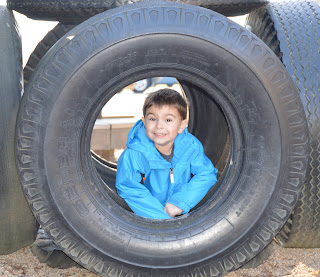 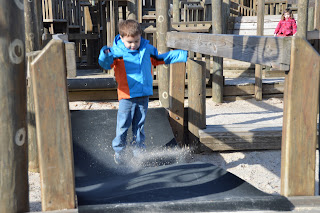 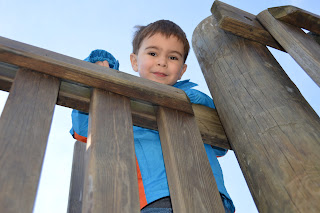 A Pet of My Own

Today I was going through a box of keepsakes when I found my favorite stuffed animal from my childhood.  It was a stuffed dog named Drooper, and I showed him to Nate.  I told him that this dog was my favorite pet from when I was a little girl, just like Nemo is his favorite pet.  Nate asked me if I still slept with Drooper and I told him no, I slept with him for a lot of years, but not anymore.

Later in the day Nate went into his bed and got out a little stuffed Chameleon that we call Pascal (like in Tangled).  Nate brought Pascal over to me and said "Mommy, since you like Pascal you can have him to sleep with.  He can be your own pet now."

I took Pascal and thanked Nate.  It was so incredibly sweet and caring, my heart swelled to see this tender side in my son.
Posted by Molly at 8:15 PM No comments: 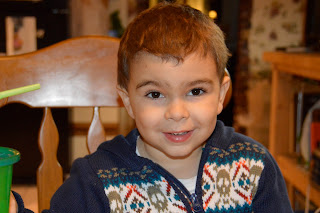