A few days later, another one of my co-workers brought her almost 9 week old black lab puppy in so that we could all meet him. I brought Nate in too, so that he could see the puppy. This meeting was less than successful. Nate was WAY more interested in the handle on the puppy's crate than the puppy himself. Although Nate did stick his finger in the puppy's crate and the puppy nibbled on him which Nate found thoroughly enjoyable!

These are all terrible pictures I apologize!

Nate sticking his fingers in the crate and being nibbled 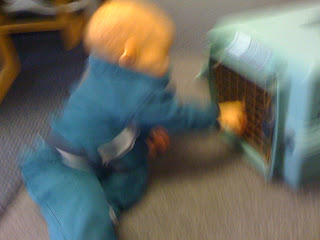 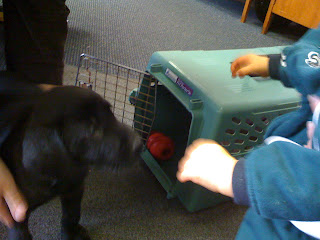 Nate playing with the handle of the crate 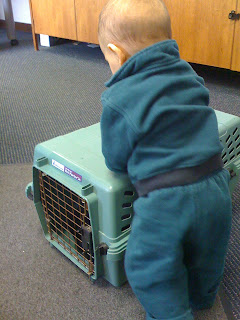